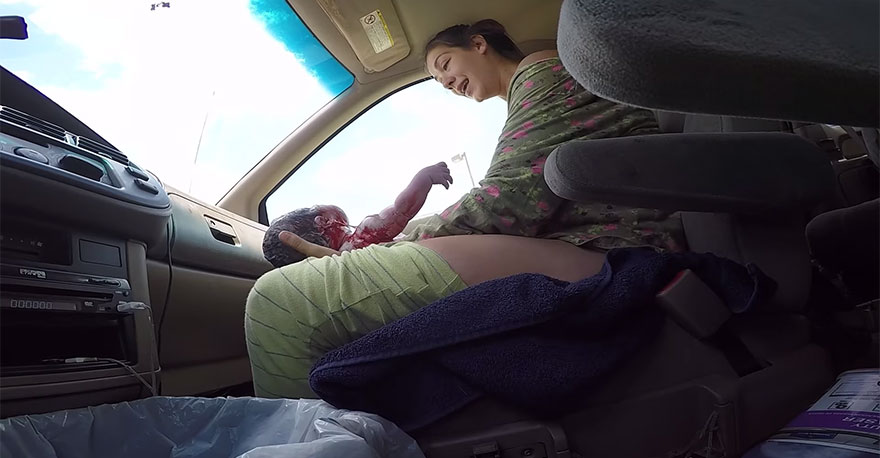 Spread the love
Lesia and John Pettijohn thought they had time to spare before their baby was born. However, forty-five minutes into their drive to the Bay Area Birth Center in Texas, Lesia went into labor and gave birth to their first son, Josiah. The footage was filmed using a GoPro camera.
“The only reason I would pull over is if there is something wrong that needed to be dealt with immediately,” Jonathan told KHOU. Wife Lesia added, “I was probably freaking out way more than I should have. But I really didn’t want to have him in the car. I was scared. I didn’t know if he’d be breathing OK or if he would need anything else.”
Josiah weighed about 10lb at birth, and is the couple’s third child. Jonathan is a machinist, and he claims that he didn’t pull over because his wife told him to keep driving, and they didn’t have a working cellphone with them. You can watch the full video below: