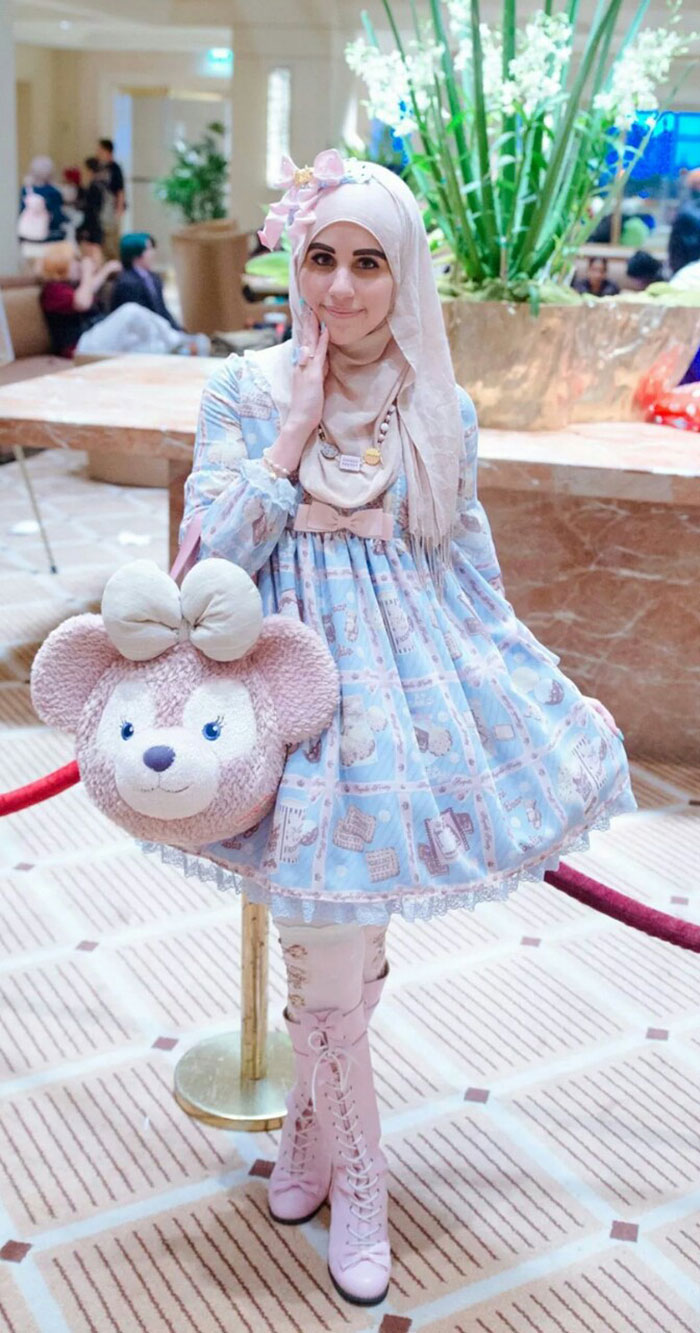 Muslim Lolita Fashion Is A New Trend Inspired By Japan

In an awesome fashion mash-up that nobody could’ve foreseen, Muslim fans of the Japanese lolita fashion trend have begun pairing these sweet-as-candy outfits with their hijabs, creating a unique new style that Japanese lolita fans are falling in love with.

The lolita trend, at its most basic, involves wearing modernized Victorian- or Rococo-style dresses and outfits that are heavily accessorized and painstakingly coordinated into elaborate costumes. The trend’s fans (called ‘lolitas’) then meet up at various events to spend time together and appreciate each others’ outfits (or, as they call them, ‘coords’).

Two Muslim lolitas, Noor and Alyssa, have pioneered the combination of lolita costumes with their Muslim hijabs. While fittingly stylish and flamboyant, their costumes still fully adhere to their religious principles.