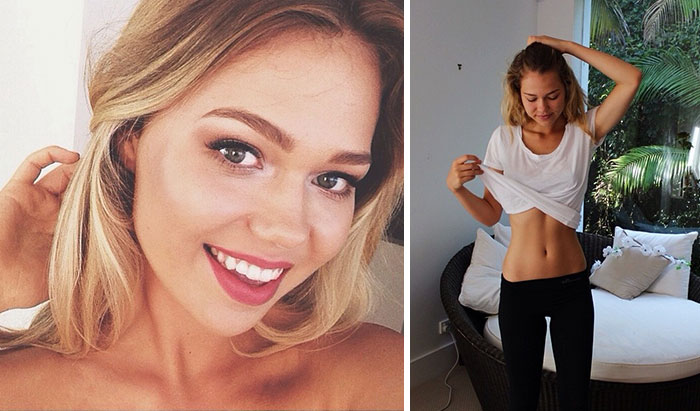 18-year-old internet sensation Essena O’Neill had been making thousands of dollars modeling on Instagram and sharing her pictures with almost 580,000 followers, but all that changed last week. The Australian deleted 2,000 photos from her account and changed the name to “Social Media Is Not Real Life.” She has since re-captioned many of the remaining photos to reveal the “truth” behind them, and launched a new website, “Let’s Be Game Changers.”

“Without realising, I’ve spent the majority of my teenage life being addicted to social media, social approval, social status and my physical appearance,” O’Neill wrote in an October 27th Instagram post. “Social media, especially how I used it, isn’t real. It’s a system based on social approval, likes, validation in views, success in followers. It’s perfectly orchestrated, self-absorbed judgement.” She was spending 50+ hours per week curating her social media persona – “I was miserable. Stuck. Uninspired. Angry” “I didn’t enjoy the act of creating art, writing or any forms of self expression like I once did as a child” Last Tuesday, O’Neill deleted 2000 photos and changed her Instagram title to “Social Media Is Not Real Life,” encouraging others to unplug too