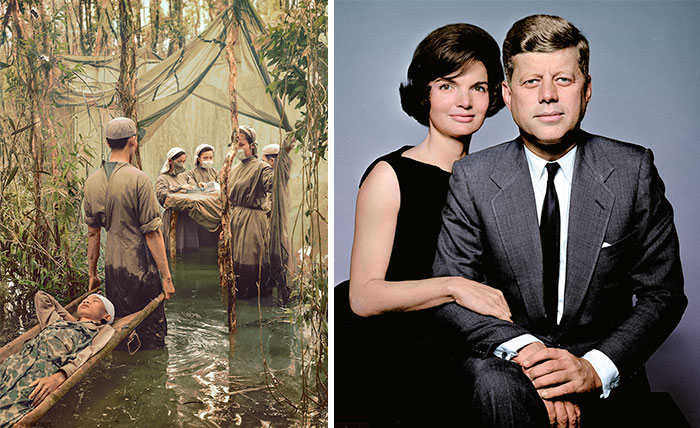 When we think of the past, we often think of it in black and white. After all, most pictures that we’ve seen from the first half of the 20th Century are in monochrome, and because of this it’s easy to forget that color actually existed at all back then.

Thanks to artist Marina Amaral however, we can now view history through a whole new lens with these stunning colorized photographs. Combining her fascination with history and her interest in Photoshop, Marina brings the past to life in a new and colorful way. The effect creates a more intimate portrayal of history and allows a contemporary audience to connect to the past in a deeper and more emotional way.

As the artist notes on her website, “When we look at the photo in color, we can easily have the feeling that we are living that moment again.” Take a look at the pictures below to see just what she means. #2 A Victim Of American Bombing #4 A French Boy Introduces Himself To Indian Soldiers #12 Medics From The Us 5th And 6th Engineer Special Brigade