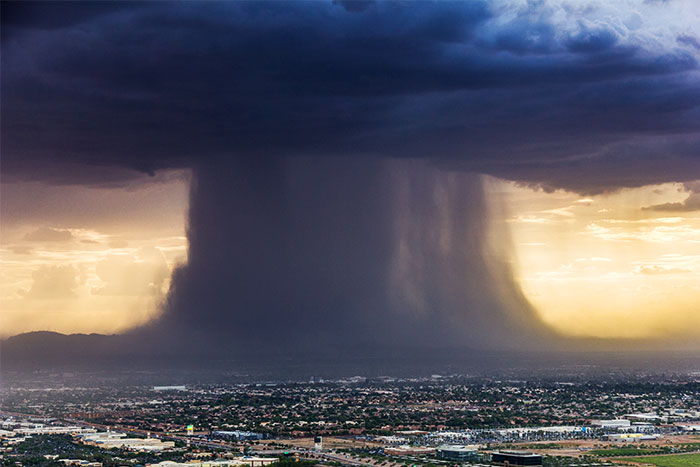 Earlier this week, a microburst was hovering above Phoenix, Arizona. One photographer named Jerry Ferguson was in the right place at the right time and managed to take a breathtaking photo of it.

Ferguson was flying a news helicopter, shooting footage for a local television station, when he noticed a huge mushroom-shaped cloud hovering over Phoenix. The cloud turned out to be a microburst – a downdraft that moves in a way opposite of a tornado. Meteorology experts say they are extremely dangerous, as they often have high winds that can knock over fully grown trees and wind shears can even cause fatal aircraft crashes.

“We spotted this microburst as we were covering a dust storm near Phoenix,” Ferguson said “And I instantly thought the same thing as everyone else…” “‘It looks like an atom-bomb just detonated over Phoenix.’”