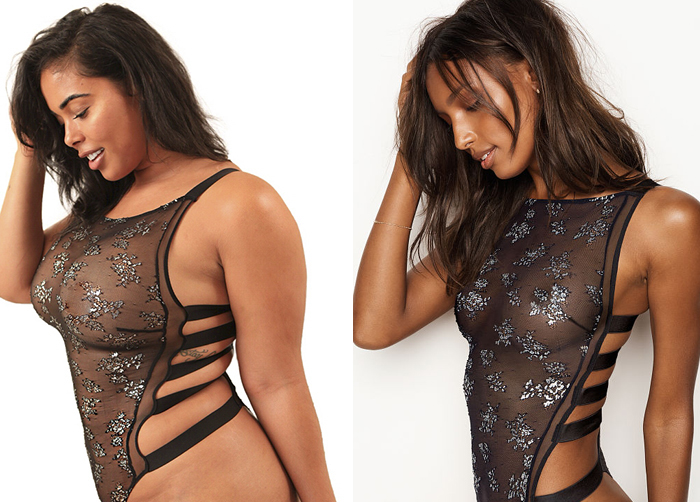 Brooklyn-based model Tabria Majors has fighting words for Victoria’s Secret, but all she really needed was three Instagram photos to prove her point. In order to draw attention to the rigid beauty standards demonstrated by the company’s ad campaigns, she posed in a few of her favourite pieces of the season and looked absolutely bomb. If this doesn’t prove that curvy women can sell just as many undies as the size-2 ‘angels’ VS seems intent on exclusively using, we don’t know what will (skinny girls, we love you too; we just think there needs to be more diversity going on).

“Maybe I’ll be a Victoria’s Secret Angel this year for Halloween, since it ain’t happening in real life,” Majors captioned the steamy set of photos, which has now reached the viral amount of more than 27 thousand likes. This is only the latest clapback a plus-sized model has leveled at the lingerie empire; runway star Ashley Graham has been vocal about being shunned by the brand on multiple occasions, and even did a campaign with Lane Bryant that said it all with a simple hashtag – #ImNoAngel. Perhaps it’s time for these guys to get the memo?

We’ll let you scroll down and decide for yourself.

This is Tabria Majors, a Brooklyn-based model who just singled out Victoria’s Secret for their lack of diversity The lingerie empire is known for only featuring small models in their ads, which is just so outdated To prove that curvy girls can sell just as many undies, she recreated (and slayed) a few recent campaigns “Maybe I’ll be a Victoria’s Secret Angel this year for Halloween, since it ain’t happening in real life” She’s only the latest plus-size model to take aim at the Pink producers, joining the ranks of Ashley Graham