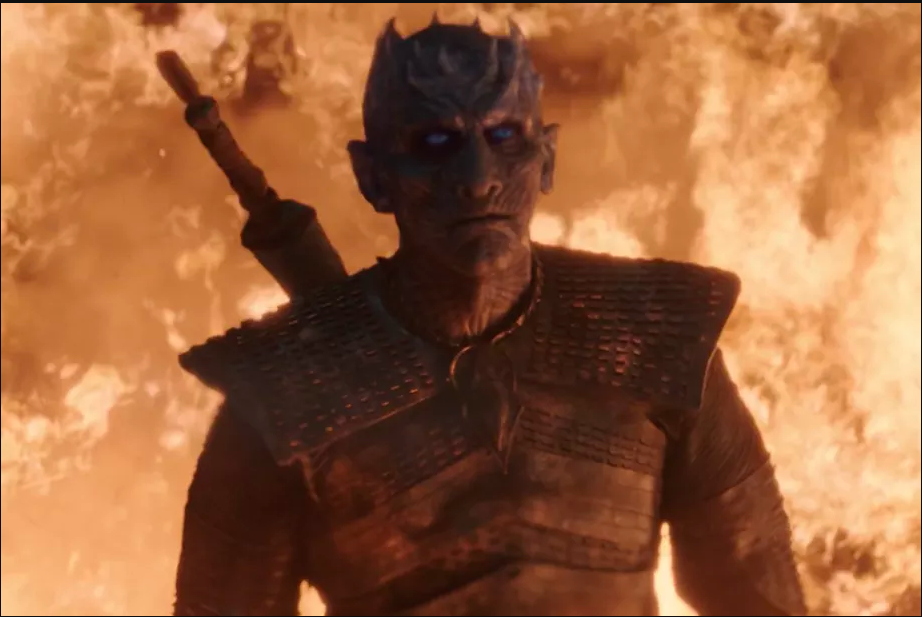 No, the Night King is not a Targaryen – GOT

Spoiler alert: Spoilers ahead for Game of Thrones season 8, episode 3, “The Long Night.”

Game of Thrones’ most recent episode, “The Long Night,” was probably the final showcase of the Night King, the enigmatic progenitor of the White Walkers. But he went out in style, riding his undead dragon into one-on-two aerial combat, raising a whole new Army of the Dead to replace the army he lost, and shrugging off a blast of dragon fire to the face before Arya Stark finally took him down.

His ability to control and ride a dragon has been inspiring theories since season 7. For some, his use of a particular symbol confirmed those theories. The “ignores dragon fire” thing set off further speculation because that combination of abilities seems familiar. There’s another fireproof, dragon-riding character on the show: Daenerys Targaryen. With all of the last-minute parentage reveals Game of Thrones has been throwing at fans lately, was the show trying to hint at a Star Wars-esque reveal of the Night King as some ancient Targaryen ancestor?

Allow me to set the record straight. Simply put: no, the Night King is not a Targaryen, as poetic as it would have been for Jon / Aegon and Daenerys to have to face off against their many-greats-grandfather.

Let’s unpack that further. We already know that before the Night King was the Night King, he was a normal human who was transformed into the first White Walker by the Children of the Forest.

“But what if that dude is a Targaryen?” I can hear you shout through your computer screen. He’s not because, unfortunately, there weren’t any Targaryens around Westeros then. The Night King was created by the Children of the Forest as a weapon in their war against the First Men, the original race of humans that came to Westeros (later followed by the Andals and the Rhoynar). This took place roughly 6,000 to 8,000 years before the Targaryen conquest of Westeros after the downfall of Valyria, around 300 years before the series started.

The Night King, on the other hand, (at least in the show) has been around so long that he was not only deployed by the Children of the Forest against the First Men, but the plan backfired. He became such a threat that the Children and mankind eventually allied against him.

Based on that history, there’s no way the Night King can be a Targaryen. He would have had to have been a captive member of the race of the First Men. Another popular fan theory might be closer to the truth. Given that House Stark claims to have been descended from the First Men, he could be a proto-Stark of sorts.

But what about the dragon riding and fireproofing? Turns out, we can explain those Targaryen-esque abilities. The dragon is the easiest. While the live dragons on the show have only been seen to answer to those with Targaryen blood, once the undead Viserion was brought back, he would have been a servant to the Night King, just like every other wight, White Walker, and zombie polar bear.

As for the fireproofing, this is more of a realm of speculation, but the Night King clearly possesses supernatural power over ice magic. We’ve seen this multiple times over the show, including his ice weapons and his newly shown-off ability to summon massive winter storms. It’s not unreasonable that his command over cold is so great that he can stave off even dragon fire.

It’s also worth noting that the Targaryen fireproofing is seemingly unique to Daenerys. Her brother Viserys famously shows no such protection in season 1 when Khal Drogo kills him by covering his head with molten gold. While Daenerys has shown herself to be able to use the ability on multiple occasions, George R.R. Martin notes that — in his books, at least — the Targaryen family possesses no such powers. “Targaryens are not immune to fire!” Martin said in a 1999 interview. “The birth of Dany’s dragons was unique, magical, wondrous, a miracle. She is called The Unburnt because she walked into the flames and lived. But her brother sure as hell wasn’t immune to that molten gold.”

Now maybe if Targaryens were known for being immune to being stabbed in the heart, and the Night King survived this episode, the theorists would have something to work with. But as it is, this theory ignores the series’s history in favor of seizing on a coincidence.