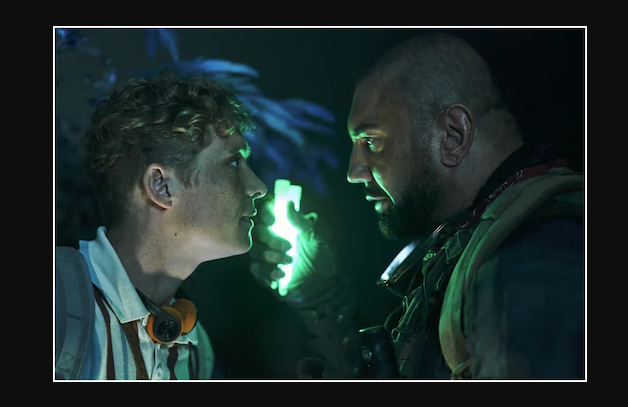 Army of the Dead, Zack Snyder’s new zombie heist thriller — out Friday, May 21 on Netflix — fails to deliver on every aspect of that description, except that it’s unmistakably a Snyder film. Army of the Dead runs for about 138 minutes minus the credits (that’s a lot), with Snyder once again showing that he’s unable to trim his films down to size, on the back of a four-hour Justice League in March. Army of the Dead earns its 18+ rating with copious amounts of blood, gore and human entrails — Snyder loves a hard-R rating — but it’s all gratuitous, and the movie is empty outside of it. And though there’s neon oozing out of its posters, Army of the Dead is drab, dull and devoid of any fun. It’s a Snyder trademark at this point, but it’s still disappointing to see that he has no interest in changing his voice or visual style.

But Snyder keeps getting money to make his movies. Army of the Dead almost didn’t get made though. Originally set up in 2007 at Snyder’s long-term home Warner Bros. — everything he has made since 2006’s overly-stylised epic action film 300 had been there — Army of the Dead fell through into development hell as the studio passed on the idea, much like it has with Snyder’s DC universe project. Netflix, ever hungrier for buzzy names and new worlds, lapped it up in early 2019. A franchise is already brewing, with a prequel film Army of Thieves directed and led by Matthias Schweighöfer, and prequel anime series Army of the Dead: Lost Vegas, which will also see Snyder direct some episodes.

And naturally, Army of the Dead leaves room for a sequel as well. But will anyone be calling for it? There’s no relatability to any of the film’s characters, most just get a two-line description that affords them little connection to the audience. More importantly, the film’s core, a father-daughter relationship, is devoid of any real emotional impact. Snyder lost his own daughter a few years ago, so this is very personal for him — Army of the Dead in fact marks his return to movies after stepping away from Justice League due to that family tragedy — but he’s unable to translate that pain and loss into something real and with depth here. And the Army of the Dead plot too is nothing special, functioning largely as a video game mission set in a post-apocalyptic Western wasteland.

After establishing the origins of a zombie-infested Las Vegas that has now been quarantined off, Army of the Dead introduces its ensemble cast, most of whom have military ties. The principal character is Scott Ward (Dave Bautista), who once rescued the US Secretary of Defense from zombies in Vegas but is now flipping burgers. He has an estranged daughter in Kate Ward (Ella Purnell) who volunteers at a refugee facility outside of Vegas. Among the refugees is a single mother of two Geeta (Huma Qureshi) who needs money to build a new life for her family. Then there’s Maria Cruz (Ana de la Reguera), a mechanic who has a soft spot for the widower Scott. They have a mutual best friend in Vanderohe (Omari Hardwick) who is working at an elderly care facility.

Scott, Maria and Vanderohe are reunited after Bly Tanaka (Hiroyuki Sanada), the billionaire owner of a (former) Vegas casino, approaches Scott with an offer: if they get to his casino’s basement vault and steal the $200 million within, they get to keep $50 million. Scott further builds out the team by hiring a safecracker in Ludwig Dieter (Schweighöfer), a helicopter pilot in Marianne Peters (Tig Notaro), and a sharp-shooter social media influencer in Mikey Guzman (Raúl Castillo). Tanaka attaches his security chief and right-hand man Martin (Garret Dillahunt) to keep an eye on them. The team further takes on more weight in Lilly “The Coyote” (Nora Arnezeder) who knows her way into Las Vegas. There’s a lot of moving parts to this operation and you know it’s not going to go well.

It’s also The Coyote who introduces Scott and the crew to a much-changed Las Vegas. There are two types of zombies now, she explains. There are the standard shamblers who are incapable of thought, and then there are alpha zombies who are capable of taking orders. As such, there’s an Alpha Queen (Athena Perample) and an Alpha King called Zeus (Richard Cetrone) among them. But Snyder is hardly done. Army of the Dead also features hibernating zombies who wake up if you push them or shine a light in their faces. And on top of that, we have zombie animals. A zombie tiger called Valentine appears multiple times, including in a scene that is essentially dedicated to it. There is also a zombie horse on Army of the Dead although it’s largely ignored.