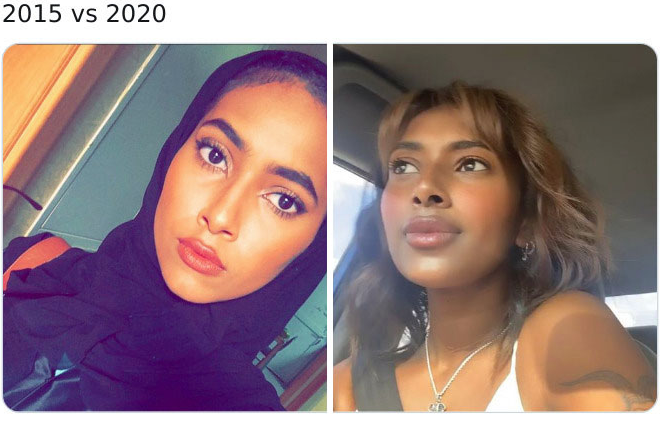 People Share What The Last 5 Years Have Done To Them

2020 has been a hell of a journey. That much we know so far. But what if we rewind all the way back to 2015? Was the sun brighter, the grass greener, and the world calmer? That, my dear pandas, we may never truly know.

But Twitter user Charlie D. has realized that we can at least take a look at “how y’all was looking 5 years ago.” So people scrolled back through their image galleries and dug up some old but truly gold pics.

The “2015 vs 2020” thread went viral with 85.7K retweets and comments as well as 21.1K likes, and below, we have the most wholesome, nostalgic, emotional, and fun entries that show just how fast time flies when you think of it.

Time flies. It seems like 2015 was yesterday, but five years have gone by. And if you’re starting to feel all nostalgic and everything like I am, let’s take a look at some of the significant things that happened that year.

The year 2015 was a great year for space discoveries. NASA’s Mars Reconnaissance Orbiter (MRO) found that the Martian slopes have dark streaks. The scientists soon found out these were created by water flow. It also sparked an ongoing discussion on whether Mars could actually support life.

The same year, NASA’s Horizon spacecraft made its first fly-by of Pluto and took photos of both the planet and its largest moon. The images revealed that there are ice mountains and two new moons that weren’t known to us before.

Five years ago, the landmark decision was made by the US Supreme Court which ruled 5-4 in favor of same-sex marriage nationwide. The then-president Barack Obama praised the decision that legalized same-sex marriage in all 50 states, saying it was a “victory for America.”

In the good news department, 2015 was marked by a decrease in extreme poverty worldwide for the first time ever. Extreme poverty is defined as living on less than $1.25 per day. According to The Age, the United Nations reported this year that the number of people below the poverty line had fallen from 1.75 billion in 1999 to 836 million.