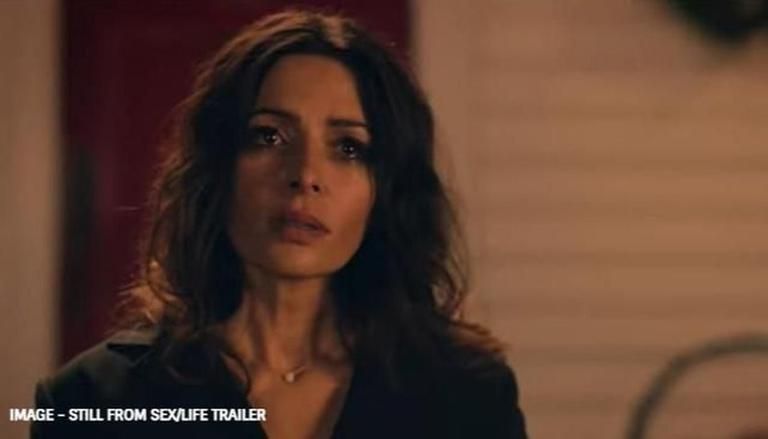 Netflix’s recent drama series Sex/Life, consisting of 8 episodes, premiered on June 25, 2021. The show has been making headlines, despite receiving mixed reviews online. The review aggregator website Rotten Tomatoes reports a 44% approval rating with an average rating of 7.5/10, based on 9 critic reviews.

Metacritic, which uses a weighted average, assigned a score of 50 out of 100 based on 7 critics, indicating “mixed or average reviews”. The show stars Sarah Shahi as Billie Connelly, Mike Vogel as Cooper Connelly, Adam Demos as Brad Simon and Margaret Odette as Sasha Snow. If you liked the cast of Sex/Life, here is some other work that the cast has been in –

Sarah Shahi has appeared in a number of tv shows and movies over the course of her career, including her roles as Carmen on The L Word in 2008 and Kate Reed in the USA Network legal drama Fairly Legal. Her most prominent work, however, was in Jonathan Nolan’s science fiction crime drama Person of Interest, where she played the role of Sameen Shaw. The actress played a recurring role in season 2 of the show and had the main role from season 3 to 5. Her other notable works include tv shows like Life, Alias, Reverie, City on a Hill, and more.

American actor Mike Vogel has appeared in several films and series, including The Texas Chainsaw Massacre, The Sisterhood of the Traveling Pants, Grind, Poseidon, Blue Valentine, Bates Motel, Cloverfield, Under the Dome, and The Case for Christ. He starred as the lead in the NBC military drama series The Brave for the 2017–18 season. In 2011, Vogel starred as Johnny Foote in the period drama film, The Help, for which he won the Screen Actors Guild Award for ‘Outstanding Performance by a Cast in a Motion Picture’.

Adam Demos is an Australian actor who has played roles in several Hollywood tv shows and movies. Demos played the role of August Walker on the American television series Unreal and Nate Baldwin on the Australian television series Janet King. The actor is perhaps best known for his role as Jake Taylor on the Netflix film Falling Inn Love.