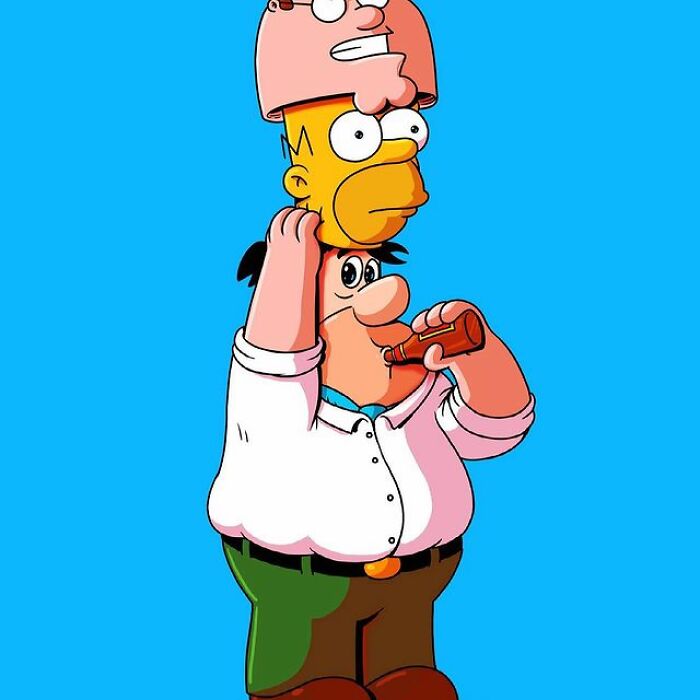 Illustrator Reveals What’s Under The Masks Of Famous Characters

Have you ever doubted the integrity of your favorite character and felt like they are hiding something? The Wisconsin-based artist Alex Solis, also known as “alexmdc” and “oddworx,” is continuing to reveal the secret identities of famous pop culture characters in his oddly fascinating series of illustrations called “Icons Unmasked.” He removes the mask of Deadpool, Patrick Star, Rick and Morty, Yoda, even politicians, and many more to uncover who’s actually behind those familiar faces, and the result might ruin your childhood.

Gordon Ramsay takes off his mask to reveal Remi from Ratatouille hiding underneath, Mr. Burns hides behind Donald Trump’s mask, Rick and Morty reveal they are actually Marty McFly and Doc Brown from the 1985 classic Back to the Future, Gollum is an undercover Dobby, and Scooby-Doo is the secret identity of a timid Courage—the characters and personalities Solis pairs weirdly make sense. The selected characters are not coincidental; you will notice how similar some of them are because the artist questions if anything is 100% original in pop culture.

“Ever wonder if the characters you see on TV, in movies and in comic books are hiding something behind their masks? That perhaps they’re really someone — or something — else?” Alex Solis told Bored Panda about how this project originated. “When pop culture is such a huge part of our lives, we’re bombarded with these characters everywhere we turn. Each time we see a new character in a movie, video game or commercial, we feel a sudden sense of deja vu. There’s something about their goofy grin, that creepy laugh, or those boogly eyes that feels eerily familiar…

This got me thinking. Is anything we see ever 100% original? Or is everything we experience really just our minds piecing together past experiences to create something that feels unique and new?”

“In Icons Unmasked, I’m trying to bring a new sense of discovery to characters everyone has seen hundreds of times. I wanted to recreate the experience of what it might be like to see one iconic character from your childhood for the first time as an adult,” Solis continued.